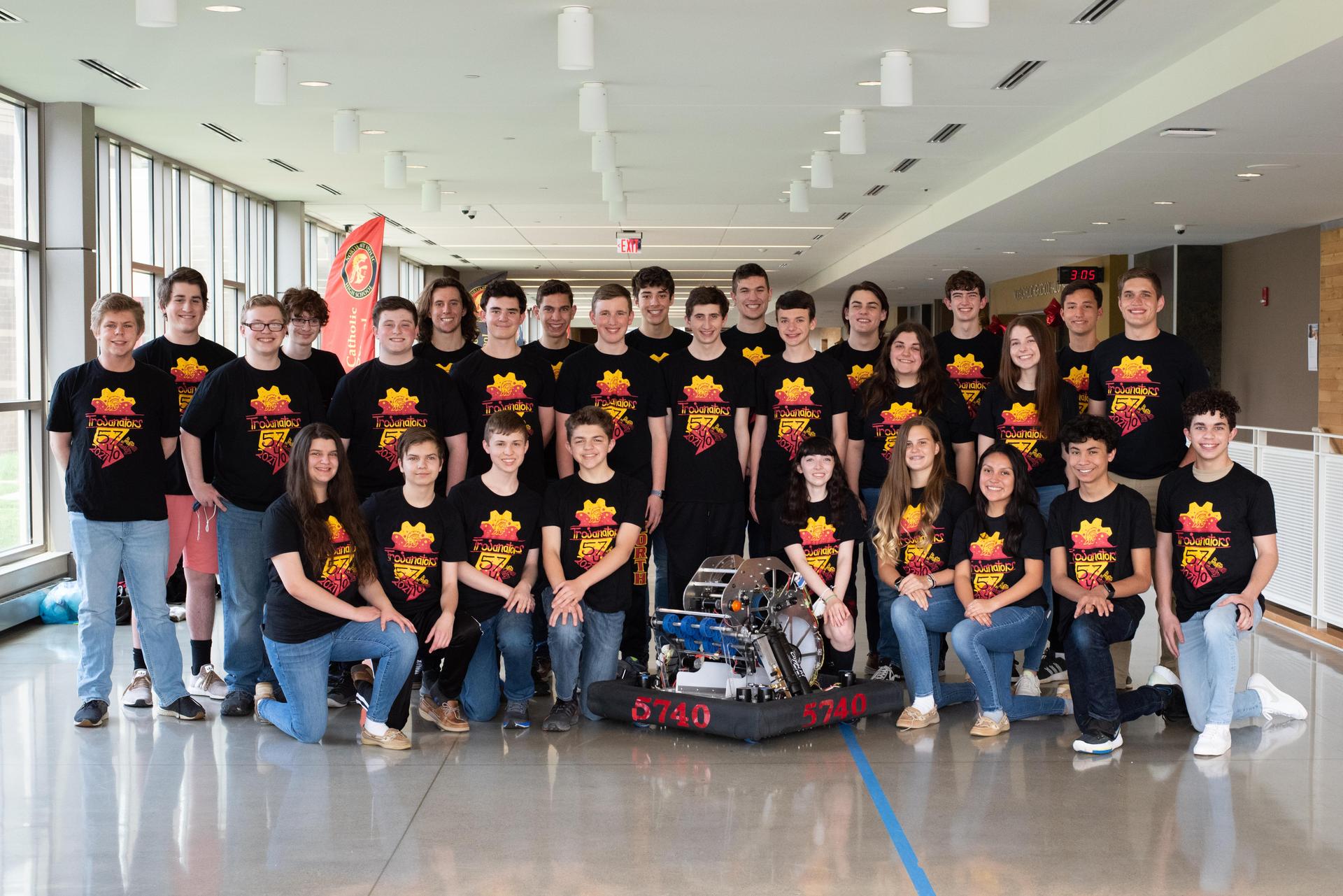 The mission of the robotics program at NC is building students of creativity, leadership, and professionalism – connecting them to a future enlightened by their STEM experiences. We aim to accomplish this by investing students in FIRST Robotics, a wholistic program in which teams of students design, build and compete with their robots. It’s about more than just robots. It is about sharpening character traits such as gracious professionalism. It’s about networking with peers and industry professionals from around the globe. And, it’s about problem solving in a project-based learning environment. At NC, students can get involved with two FIRST programs, First Tech Challenge (FTC) and First Robotics Competition (FRC).

Students at NC can participate in FTC by taking an elective course called FIRST Class Robotics. During the Fall Semester, students will work as a team to design, build, program, wire, and market a robot. The team will be competition-ready and can advance through the First Tech Challenge, competition framework. Students are divided into sub-teams based on interest these include: Mech-E (mechanical engineers who design and build the robot), Soft-E (software engineers who write code and program the robot), Spark-E (electrical engineers who wire the circuitry of the robot), Bizz-E (business managers who brand and market and fundraiser for our team).

The North Catholic TROJANATORS have participated in FIRST Robotics Competition since 2015, and the program keeps on growing!

Team 5740 is our award-winning FRC competition team.  The extracurricular season kicks-off during the first week of January.  Build season gives way to competition season in the beginning of March and extends to the end of April.  The team is highly involved in outreach activities year-round.  Ideally, students who are interested in robotics will participate in the FIRST Class elective as freshmen and gain the necessary experience to be contributors in the FRC club. In this way, FTC robotics at our school is analogous to the “junior varsity” level of participation while FRC robotics serves as the “varsity” level.

2015
Recipient of the Rookie Inspiration Award