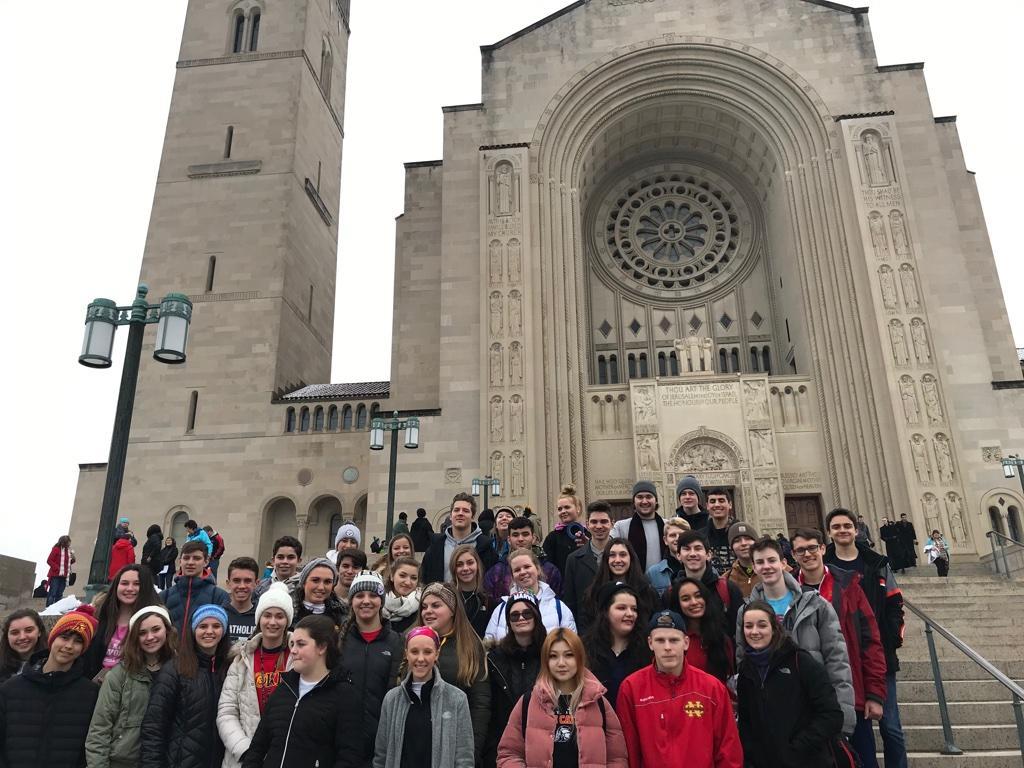 North Catholic High School teaches respect for all human life, from conception until natural death, and works to preserve and maintain the dignity of the human person. One important way that North Catholic students witness to their belief in the dignity of the human person is by attending the yearly March for Life in Washington, DC. Students leave the day prior to the March in order to  pray at the National Basilica Shrine of the Immaculate Conception, and then stand in solidarity with all people of goodwill during the march on the National Mall.